How to Secure a Business Bad Debt Deduction

Is your business having trouble collecting payments from clients or vendors? Many operations are struggling these days as the pandemic continues to have an impact on business activity. It may be small solace, but at least you might be able to salvage a bad debt deduction on your tax return.

Caution: This tax treatment isn’t automatic. Essentially, you must be able to show that the debt is worthless. Fortunately, though, if you ramp up your collection efforts, it may help your cash flow. If, however, it turns out that the debt is uncollectible, you may be able to secure a deduction for 2021.

First, a cash-basis taxpayer may claim a business bad debt only if the amount that’s owed was previously included in gross income. Second, you must establish that the debt is legitimate and can’t be recovered from the debtor. To this end, you must make a “reasonable” effort to collect the amount that’s due.

This doesn’t necessarily mean you have to file a lawsuit against the debtor. But you can’t just make a single phone call either. Give it your best shot.

Often, the specific charge-off method (also called the direct write-off method) is used for writing off bad debts. In this case, you can deduct business bad debts that become either partially or totally worthless during the year. For tax purposes, bad debts can be either:

It’s only summer, but now is the time to spring into action. For instance, you might start collection efforts through phone and email contacts. If that doesn’t work, follow up with a series of letters — or even hire a collection agency. Finally, if all else fails, ask your Belfint advisor about claiming a business bad debt deduction on your 2021 return. 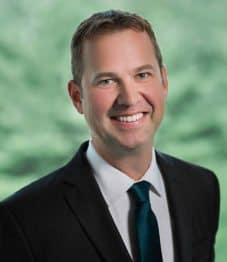