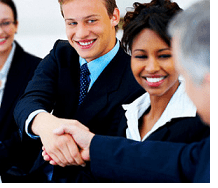 To be eligible for the program, U.S. taxpayers who reside in the U.S. must meet all of the following requirements:

(2) have previously filed a U.S. tax return for each of the most recent 3 tax years

(3) have failed to report gross income from a foreign financial asset and pay tax as required, and may have  failed to file an FBAR and/or one or more international information returns

(4) such failures resulted from non-willful conduct.

Once we determine that a taxpayer is eligible to participate, the U.S. taxpayer will need to do three things to receive the favorable treatment under this program. The first thing the taxpayer will need to do is to amend the past 3 tax years’ tax returns to include the income from the foreign financial asset. This includes all foreign information returns as well. The taxpayer is required to pay the full amount of tax and interest due. It is important to note that for U.S. taxpayers residing in the U.S., this program cannot be used to file a delinquent return.

The taxpayer will then need to file any delinquent FBARs for the past 6 tax years to report the foreign financial asset. As of October 2013, all prior FBARS need to be reported on the FinCEN Form 114 and not on the TD F 90-22.1.

By following the above procedures, the taxpayer will not be subject to accuracy-related penalties, information return penalties, or FBAR penalties. These penalties can be very substantial, upwards of $10,000 per form, per year. So the 5% penalty, which may seem high at first, can actually save the taxpayer money.

This is a great opportunity for those who have unreported gross income from foreign financial accounts and would like to become tax compliant with reduced penalties. The IRS does state that to receive the favorable terms, all returns must be filed under very specific instructions. If you are eligible to participate in this program and would like to become tax compliant, please contact us to ensure that you do receive the beneficial treatment.