I remember as a kid having restrictions on everything I did. I can still hear my mom’s voice in my head saying “Don’t sit too close to the TV,” “No dessert until you eat all of your vegetables,” and the infamous “You can’t play outside until you finish your homework!” As kids, we never thought when we grew up that we would encounter restrictions on a daily basis. Nonprofits are no exception as they deal with restrictions all the time, especially when they receive contributions from donors.

“Charitable Contributions” is an everyday term that almost all nonprofits, as well as avid tax deduction seekers, familiarize themselves with. For many organizations, it is a primary source of revenue. Contributions can come in many forms, and with various stipulations. But what does it actually mean to receive a “restricted” contribution?

Let’s see if these examples help.

Example 2: John Doe makes a $10,000 donation to an approved charitable organization. The check is accompanied with a letter stating that the donation must be used for the following fiscal year. The donation is considered to have a time restriction.

Example 3: John Doe makes a $10,000 donation to an approved charitable organization. The check was not accompanied by a letter. Management has determined that the funds be used for a specific project. The donation is not considered to be restricted, but has a board designation.

Remember that sometimes donors are looking for a return in their investments, in the form of their contributions being used for a specific purpose. No matter the purpose, only the donor has the right to set a restriction on a contribution, not the nonprofit. This is an important point to consider because you don’t want to get in trouble for not following the rules which Jon Moll discussed in an earlier post The Risk of Not Honoring Donor Restrictions. 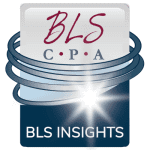