Strategies for Maintaining — or Growing — Donations Under the New Tax Law

When the economy improves, nonprofits typically find that donations also grow. But the latest economic swing comes on the heels of a sweeping new tax law that many fear will counter that effect. The Tax Cuts and Jobs Act (TCJA) may disincentivize charitable giving for all but the wealthiest contributors. Even those donors may have less tax incentive to give, though, so nonprofits must adjust their strategies to maintain a reliable influx of dollars.

How the law could jeopardize donations

The TCJA makes several changes that could alter donation habits. Most relevantly, the law:

Experts worry that the changes related to deductions will mean fewer taxpayers itemize, making them ineligible for charitable deductions. And, with the possibility of being hit by the estate tax more remote, wealthy individuals may feel less motivated to give. (Note, however, that tax legislation has been proposed that would allow nonitemizers to deduct charitable donations. Check with your tax advisor for the latest information.)

What you can do

While the impact the TCJA will have on charitable giving remains to be seen, you really can’t afford to take a wait-and-see attitude. Savvy nonprofits are preparing to combat the potential donation dip with these strategies:

By making significant contributions to a DAF in a single year, a donor can exceed the standard deduction and itemized deductions. Remember, only those taxpayers who itemize will obtain any tax benefit from charitable donations. The donor can advise the fund administrator to distribute the funds to you annually in increments. And this allows your nonprofit to receive a steady stream of donations regardless of whether the donor itemizes every year.

For example, a donor who typically contributes to your organization at year end can instead bunch donations in alternate years (January and December of 2019 and January and December for 2021). Or a donor could make several years’ worth of donations in one year. The donor still gives the same total amounts as in the past, without sacrificing the charitable deduction.

Although no charitable deduction is allowed, the distribution isn’t included in the taxpayer’s adjusted gross income (AGI). That’s because the IRA trustee makes it directly to the charitable organization. This strategy reduces the donor’s taxable income, making it easier for them to qualify for deductions subject to AGI floors and avoid the net investment income tax. The distributions also count toward their required minimum distributions from IRAs.

Even if the most dreaded consequences of the TCJA don’t develop, it never hurts to regularly review your donation strategies, considering current and expected economic conditions. Broadening your solicitation approaches to include those described above will help reduce your vulnerability to budget gaps. 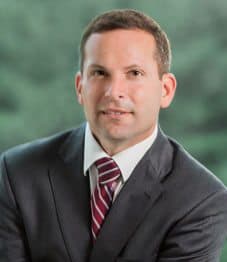