Will Tax Reform Affect Your 2018 Return?

When you file your 2018 tax return on the new Form 1040, expect to see some big differences — not just in the form itself, but also in your bottom line. This year’s return will reflect changes made by the Tax Cuts and Jobs Act (TCJA), and for many families the act will live up to its name. But not everyone will enjoy a tax cut — some households may see their tax bills go up.

To get an idea of what tax reform means for your family, review the act’s individual income tax changes, both positive and negative, and estimate its overall impact on your 2018 return. Note that most of these changes are temporary — they’ll expire at the end of 2025. Here’s a roundup of the key provisions.

One change may hurt some taxpayers filing as “heads of household.” While historically head of household status offered tax bracket advantages to qualifying single parents, starting in 2018, once taxable income exceeds $51,800, the rates for single filers and head of household filers are identical.

Personal and dependency exemptions eliminated. Traditionally, taxpayers have been able to claim exemptions for themselves, their spouses and each dependent. Before the TCJA was passed, the exemption amount was set to increase to $4,150 for 2018. So, for example, a family of five would have been able to reduce its taxable income by $20,750. The TCJA eliminated these exemptions.

Standard deduction nearly doubled. Absent the TCJA, the standard deduction for 2018 would have been $13,000 for married couples filing jointly, $9,550 for heads of household and $6,500 for single filers and married individuals filing separately. The TCJA increased these amounts to $24,000, $18,000 and $12,000, respectively.

For some taxpayers who previously claimed the standard deduction, this change more than makes up for the loss of personal exemptions. For example, a married couple with no children loses $8,300 in exemptions (2 × $4,150), but gains $11,000 in standard deductions ($24,000 – $13,000) for a net reduction in taxable income of $2,700, presuming they’re still claiming the standard deduction. But the family would most likely be eligible for additional child credits under the new law. So despite the higher taxable income, it’s possible that their tax liability would decrease.

On the minus side, the act:

Child credit expanded. The child credit for each qualifying child under 17 has doubled from $1,000 to $2,000, and the refundable portion has increased to $1,400. The new law also made the credit available to more families by raising the phaseout threshold to $400,000 of modified adjusted gross income (MAGI) for joint filers and $200,000 for everyone else. (Previously, phaseout thresholds were $110,000 for joint filers, $55,000 for married filing separately and $75,000 for others.) What’s more, there’s a new nonrefundable $500 credit for dependents who aren’t qualifying children — such as elderly parents.

The TCJA may increase or decrease your tax liability, depending on the size of your family and other circumstances. After you determine the impact, review your withholding and estimated tax payments for 2019 with your tax advisor and adjust them accordingly. 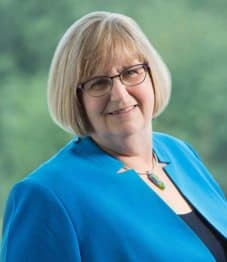