The cost of business assets with a useful life of more than one year generally can’t be immediately deducted; instead it must be depreciated over a period of years. But tax breaks are available that allow you to accelerate depreciation-related deductions. The Tax Cuts and Jobs Act (TCJA), signed into law at the end of 2017, significantly enhances some of these breaks.

Under pre-TCJA law, for qualified new assets that your business placed in service in 2017, you could claim a 50% first-year bonus depreciation deduction. Used assets didn’t qualify. This tax break was available for the cost of new computer systems, purchased software, vehicles, machinery, equipment, office furniture and so forth.

Much better bonus for most

Bonus depreciation generally has improved significantly under the TCJA: For qualified property placed in service after September 27, 2017, and no later than December 31, 2022 (or by December 31, 2023, for certain property with longer production periods), the first-year bonus depreciation percentage is increased to 100%. In addition, the 100% deduction is allowed for both new and used qualifying property.

The new law also allows 100% bonus depreciation for qualified film, television and live theatrical productions placed in service on or after September 28, 2017.

Beginning in 2023, bonus depreciation is scheduled to be reduced each year, until it’s eliminated in 2027 (or 2024 and 2028, respectively, for certain property with longer production periods), as follows:

Also be aware that, under the TCJA, in some cases a business may not be eligible for bonus depreciation beginning in 2018. Examples include real estate businesses and auto dealerships, depending on the specific circumstances.

Under pre-TCJA law, for tax years that began in 2017, the maximum Sec. 179 depreciation deduction was $510,000. The maximum deduction was phased out dollar for dollar to the extent the cost of eligible property placed in service during the tax year exceeded the phaseout threshold of $2.03 million.

Deductions claimed for qualified real property costs counted against the overall maximum for Sec. 179 deductions ($510,000 for tax years that began in 2017).

Get to know the new tax benefits

Tax law related to business depreciation is changing significantly this year. You need to become familiar with the ins and outs of these new provisions so that you can take full advantage of them. Consult with your tax advisor and obtain the best advice on your business’s purchasing plans so that you continue to reap the maximum benefits. 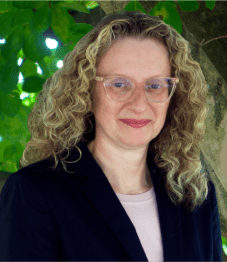