The well-known nonprofit rating website Charity Navigator recently announced its acquisition of ImpactMatters, a startup that measures nonprofits’ impact. The company developed a method for rating impact that estimates cost-effectiveness based on publicly available data as well as social science theories and evidence.

The acquisition coincides with Charity Navigator’s rollout of the second of the four “beacons” in its new Encompass Rating System — a beacon dubbed “Impact & Results.” The other beacons are Finance & Accountability, Leadership & Adaptability and Culture & Community. The new system marks a shift toward ratings more heavily based on effectiveness, rather than only on measures of financial indicators and accountability.

A plurality of registered voters says nonprofits have done a better job of meeting the needs created by COVID-19 than the federal government or for-profit businesses. That’s according to a survey of more than 1,000 registered voters nationwide conducted in October 2020 on behalf of Independent Sector.

Forty percent of respondents said nonprofits have done the best job, compared with 21% who chose the federal government and 16% citing businesses. Twenty-three percent said the three sectors performed equally. Three-quarters of respondents strongly or somewhat agreed that Congress and the president need to take urgent action to provide support for charities so they can continue to provide assistance to their communities.

The survey also found widespread support for a universal charitable tax deduction. Eighty-eight percent strongly or somewhat supported such a deduction. In line with this opinion, the Consolidated Appropriations Act, signed into law by President Trump in December 2020, extends the $300 above-the-line deduction for nonitemizers through 2021. For 2021, the deduction is doubled to $600 for married couples filing jointly.

Independent Sector and public relations firm Edelman Intelligence have launched an annual series of surveys intended to explore the nuances of trust in American nonprofit and philanthropic organizations. The first survey — of 3,000 Americans aged 18 or older — brought mixed news for nonprofits.

For example, although 59% of respondents reported high trust in nonprofits to do the right thing, that trust was concentrated among urbanites with high levels of income and education. Rural Americans and those with lower incomes and less education were more likely to express skepticism. Worse, respondents from underserved communities most in need of support reported the lowest levels of trust.

The researchers also applied statistical analysis to predict the actions nonprofits can deploy to strengthen public trust. They recommend that nonprofits be clear about their mission and purpose, demonstrate impact, and show integrity through transparency and independence. 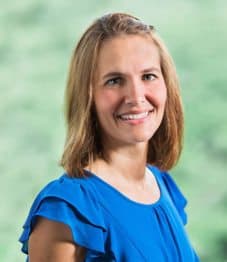