The Pros and Cons of a Roth IRA Conversion

Most people know that Roth IRAs offer some important tax advantages over traditional IRAs. For example, qualified Roth IRA withdrawals are tax-free for federal purposes. And, unlike with traditional IRAs, you don’t have to start taking required minimum distributions (RMDs) from Roth IRAs after reaching age 70½. This means the assets can grow tax-free indefinitely. (Nonspouse beneficiaries, however, are required to take RMDs upon inheriting Roth IRAs.)

The quickest way to get a significant sum into a Roth IRA is by converting a traditional IRA to Roth status. But a conversion won’t be beneficial for every taxpayer. Plus, a Tax Cuts and Jobs Act (TCJA) provision could make Roth IRA conversions riskier from a tax perspective.

No such limits apply to Roth IRA conversions. That’s why a conversion is the quickest way to achieve a large Roth IRA. And it’s the only direct funding option for higher-income taxpayers. For some taxpayers, a so-called “back door” Roth contribution may be a viable option. Generally, the strategy involves making a nondeductible contribution to a traditional IRA and then converting the traditional IRA to a Roth IRA. The intent is to accomplish the same result as with a contribution to a Roth IRA. This process tends to be much less effective for those who already have assets in a traditional IRA — though, as with any tax situation, the facts and circumstances will determine whether it is worthwhile.

A Roth IRA conversion is treated as a taxable distribution from your traditional IRA. So converting your IRA will trigger a bigger federal income tax bill for the year of conversion — and possibly a bigger state income tax bill, too. But the amount you convert won’t be hit with the 10% early IRA withdrawal penalty tax even if you’re under age 59½.

For many taxpayers, 2018 could be a good year for a conversion. Tax rates are generally down under the TCJA, so you’ll likely pay lower tax rates on the extra income from the conversion than you would have paid last year. And, if your income tax rate will be higher in the future, you’ll avoid the potential for higher future rates on any postconversion income earned in your new Roth account.

But you shouldn’t assume a conversion is a good idea. It’s important to run the numbers. For one thing, converting a traditional IRA with a significant balance could push you into a higher tax bracket this year.

You can potentially avoid the higher bracket by dividing the $100,000 conversion equally between 2018 and 2019. Then the extra income from converting would be taxed at 24% (assuming Congress leaves the current tax rates in place through at least 2019 and your taxable income for 2019 without the conversion doesn’t increase too much over 2018).

Even if you carefully run the numbers, sometimes a Roth IRA conversion that appears to be tax-smart can end up being costly tax-wise. This can happen if the account declines in value after the conversion. Unfortunately, this might be a bigger possibility this year, with the volatile stock market and the impact of rising interest rates on bond investments. If your Roth IRA value drops, you could end up owing taxes partially on money you no longer have.

Under previous law, you generally had the ability to wait until October 15 of the year after a conversion to “recharacterize” it back to a traditional account to avoid the conversion tax hit. But under the TCJA, for conversions in 2018 through 2025, you can no longer undo the conversion with a recharacterization.

(You can still recharacterize new Roth IRA contributions as traditional contributions if you do it by the applicable deadline and meet all other rules.)

The best candidates for the Roth conversion strategy generally are people who believe that their tax rates during retirement will be the same or higher than their current tax rates. Your tax and financial advisors can help you determine the best retirement planning strategies for your particular situation. 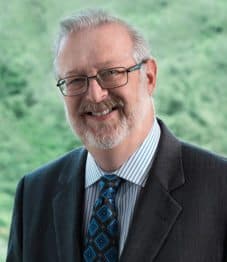